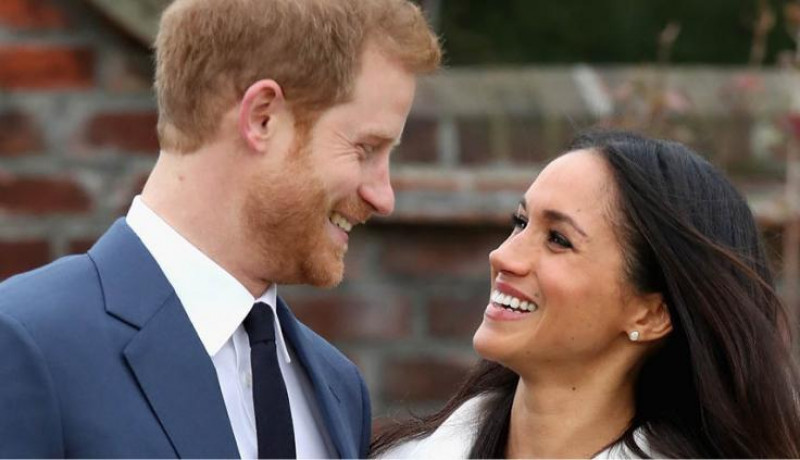 American actress Meghan Markle, who is engaged to Prince Harry, will become one of the most-watched women outside of Hollywood.

And like so many of the women who marry into the British royal family, she probably won't be heard very much, but will often be seen, so what she wears is suddenly going to matter a whole lot.

It has already started.

The belted white coat that Markle wore for her official engagement appearance with Prince Harry outside Kensington Palace on Monday, by the Canadian brand Line, set off a frenzy that was said to have crashed the website within an hour. (The brand is renaming the coat "the Meghan".)

And there is a blog - Meghan's Mirror - that chronicles her every style choice. Vogue has a piece online titled "Meghan Markle's Stealth Shopping Style Is All the Black Friday Inspo You Need", while InStyle crowed "The Nordstrom Black Friday Sale Has Discounts on Meghan Markle's Favourite Denim Brand".

If she does that for jeans, just imagine what she could do for, say, day dresses - like the forest green frock with a bow at the waist from Italian label P.A.R.O.S.H. she wore for her BBC post-engagement interview (for those who don't know the brand, which is probably most people, the name stands for Paolo Rossello Second Hand, Rossello being the designer and second hand referring to the fact the line began by repurposing vintage garments).

Just consider the fact that not only does Catherine, the Duchess of Cambridge, tend to create an immediate buying frenzy for anything she wears, but so do her children: Prince George and Princess Charlotte.

And consider that unlike Markle's future sister-in-law, who has been adept at walking the very fine fashion line between classic and accessible with her patronage of brands from the high-end (Jenny Packham and Temperley London) to the high street (Zara, Reiss), always with a sensible pump (often by L.K. Bennett) and de rigueur sheer stockings, Prince Harry's bride will have a certain leeway. She can be more adventurous, less strictly appropriate.

That is both because her future husband is further from the responsibilities of the throne, and because the expectations surrounding them are different: Their job, to a certain extent, is to push boundaries; to be even more relatable and modern than are Catherine and William.

Markle did wear ripped jeans (ripped jeans!) to sit near her future husband at the Invictus Games in September in Toronto. It caused a hoo-ha, but as she began, so she may continue. Just imagine the big step forward she could take with bare legs. Certainly, the strappy Aquazzura stilettos she chose for her engagement debut were more daring than Catherine's trademark footwear.

Will she choose to champion certain British designers - perhaps the edgier and up-and-coming (Simone Rocha? J.W. Anderson?) - the better to promote them around the world and show her loyalty to her new country? Or will she underscore the values of cross-border relationships, and work with some names from the United States?

Those famous jeans were by the Los Angeles-based brand Mother, known for producing its denim in the US.

Will she work with a single designer, or spread her favour?

Perhaps the front rows of London Fashion Week in February, where she will unquestionably be the most-desired guest for any brand, will provide a clue. Still, the first real statement as to where this is all going will be the wedding dress. When Catherine opted for a gown from Sarah Burton for Alexander McQueen (one of the best-kept secrets of 2011), it spoke of her desire to support both a woman and a newish British brand, and it started an on-off partnership between the duchess and Burton that has continued to this day.

When her sister, Pippa Middleton, chose Giles Deacon as the designer of her wedding look in May, it likewise set off a frenzy of Deaconophilia.

Markle has a chance to chart a new course via her dress, one that is perhaps a little more contemporary and a little less spun sugar. One that says to the millions who will be watching: This is the way I am redefining how it looks to be royal.

Markle is someone who implicitly understands the power of dressing the part, so surely this opportunity has not escaped her.

Here's hoping she seizes it.